We grew up on the sharp edge of poverty
rebel with a cause of our own
repelling authority, society, reality
followed a path of wildness sown.
They said, we had perfect hips
Was good for nothing but having kids
One dad, two, three, maybe four
Poverty cycle, repeating the poor.
We succeeded at failing, came top of our class,
Sipped on cider from our childhood flasks.
No need to worry, no need to fret,
At sixteen we become part of Britain’s great debt.
Teachers never bothered, the head didn’t care,
No one even noticed when we stopped going there.
We wore indifference across our lips
prostitute red, layer on layer, glossy and slick.
And when time suddenly came, exams taken,
Sixteen went past, future forsaken
Some of us fell, hips wide and bearing,
New life created in a career of caring.
Some of us paused in a psychedelic dream
Locked between worlds with adulthood to fear.

Me? I had failure at hand, expectations to break,
So I picked up the books and read by the lake.
They said I couldn’t, I was all hips and blue eyes, that’s all,
I accepted their words, I’d most probably fall.
I didn’t aim for the top, just a life with a view,
A place where I’d happily dream skies of blue.
They said “You’ll work in a shop, and not a thing more”
And soon I was a manager, they were right for sure…
But I kept going forward had stereotypes to destroy,
Whispered through days kept my dreams coy.
I climbed and rose, walked on painted tippy toes,
No place for the poor done good, I wrote my own life show.

There’s a glass roof for women unbreakable you see,
An etched line for the men, a reality,
not a battle of wits, wisdom or intelligence,
No, its a line that demands female defiance…

But poverty has no glass, just hips
and glossy red lips,
No succeeding, just expectations of failing,
You either fail at school and fight for a life,
Or fail at babies and become no-ones wife.
My roots are seeped in the stench of poverty,
Skyscrapers, someone else’s reality,
They set a standard, the poor girls target,
dreams are only for the rich they say
use the gifts God gave you that day…

My Dad said, girl, do you see that star?
No I said, we ain’t taught to look that far…
He said, keep walking till you have that in sight,
That my girl, is your glass ceiling, that, is your light…

I suffocate in the silent notes
of a forgotten orchestra
as it drowns me in its melodious
song, the ancient whistle of
Pan and his nymphs dancing
to an unheard tune as I lose
Sight of skies of blue.
Dressed in topaz silk skimming
bare knees, purple ribbons
toes skipping on marble floors,
I hear the devil call as he lands
upon my shore…
All air is sucked from my lungs
Life drained from my veins
Tears milked from the shadows
of my heart as the walls tumble,
As the ceilings crumble,
As the chandelier shatters…

I could drown in the
monochrome whispers of
fantasy, lost, suffocating
in my reality…

Give to me a life of laughter
Smiles, silly faces and random noises all submerged into an existence where *adults look foolish*
Lend to me days and seconds and weeks and minutes where the foolish look (as) adults traipsing through the playground of growing up in a world governed by Pan and designed by Tink. I am suffocating beneath the corruption of adult expectation, too quirky to grow old gracefully and to delicate to survive Neverland and the endless swings and roundabouts. My toes tingle when forced into heels, my hips twitch, my fingers rat a tat tat my eyes crawl across the landscape looking for adventure, but alas all I ever find is greyscale billboards declaring, “Do not play on the equipment of life, else stuffy adults look foolish” and I sigh, imagine myself a cherry pie, lay back and dream of clouds floating by.

This poem was inspired by a wordprompt I came across this morning by the talented Teresa Creation’s check out the prompt by clicking right here on this word….boom

A am a speck
Star dust.
An atom.
A mass of atoms.
A form created into structure.
Biological evolution.
I am a gender.
A stereotype.
Flesh, bones and grey matter.

And for the longest time the world’s axis stopped spinning at this realisation.

I am a speck.
An atom among atoms.
Star dust with an
ancient soul,
I am my reality
Living within another’s
surviving in a country
among countries on
a planet, among planets
Within a universe…
I am a speck.

We were Sat in utter darkness
just the orange street light
bleeding through the curtain edge.
We argued, as sisters do
Silence interrupted by voices
and her face is alight.
I ponder the doors existence Till I am stared down…
And the dream slips and moves.
Beyond the open door
I hear the tinkering of tools
sitting on the top step
I prepare to say sorry
A voice becomes voices
and the door is swung open
I’m smiling for a moment
Till I hear the clinky rattle
and the hand snaking though.
He is up the stairs, my stairs
his eyes angry, he is ranting
and screaming, a hammer
swinging… A sudden deep
awareness,
tonight I will feel the deep
wounds of a hammer smashing
Into my body… 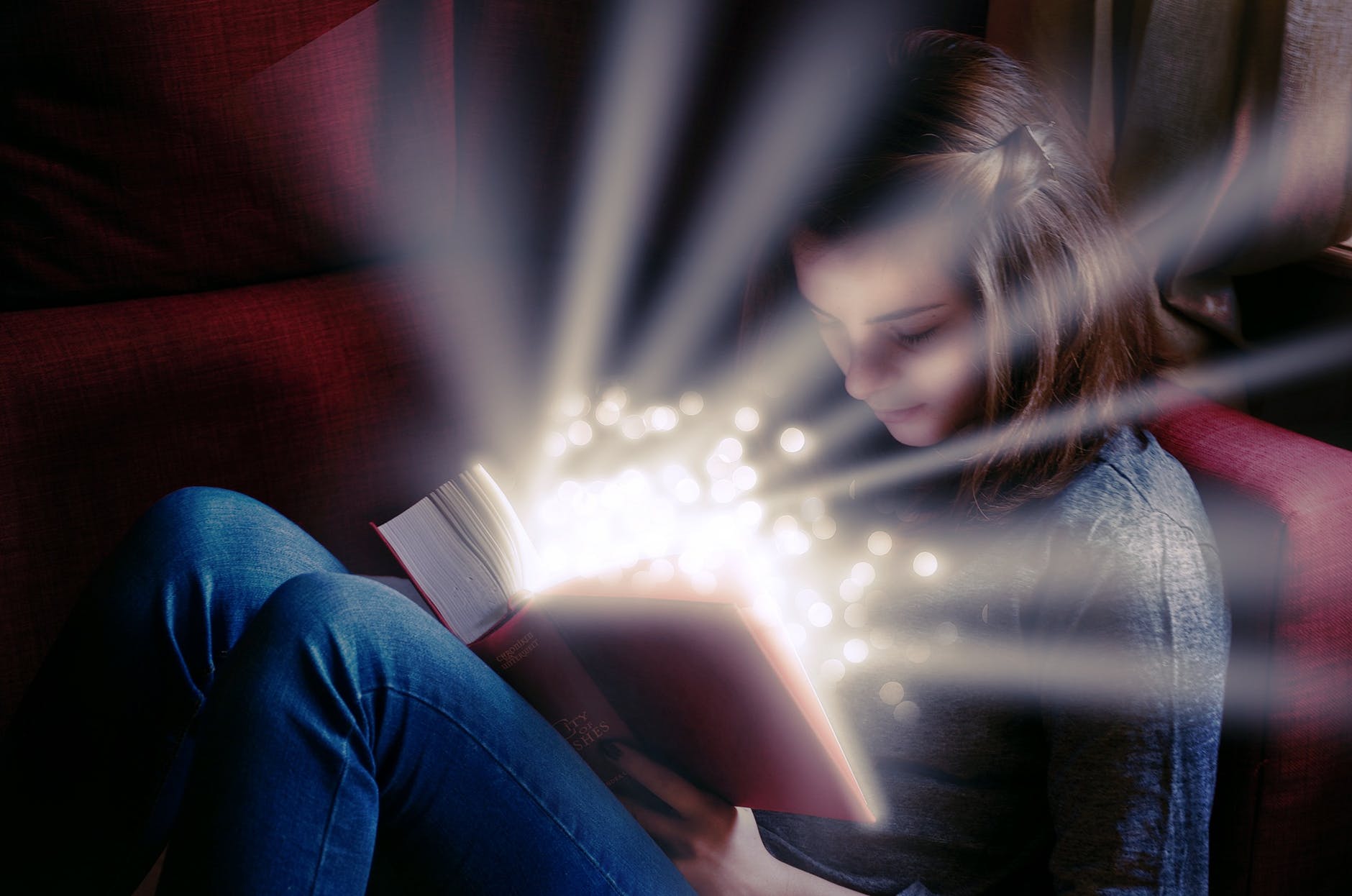 The seconds ascend
across the broken
scent of bleach,
swept debris
And forgotten cutlery
wedged between
reality and
fantasy. Caged in
the realm of
fairytale, no
Bird sings here, no mice
no pumpkin carriage.
The fairies Godmother
has long vanished
into the ethereal
taking with her
the Ill fitting glass
slippers. And so it
is I sit here bare foot
as the seconds ascend. 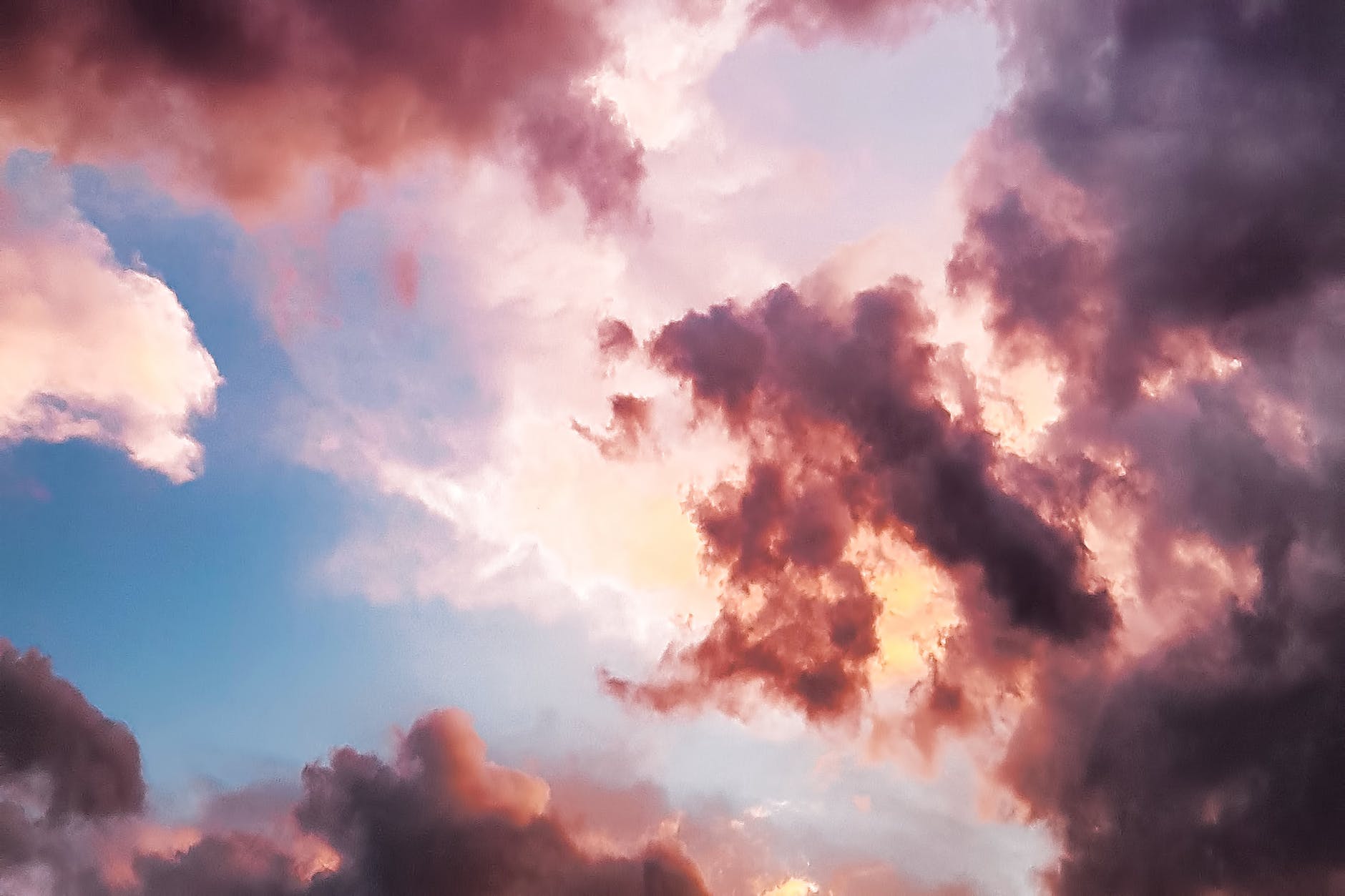 3D somehow becomes
2D and I am
transported through time
to when clouds
were shapes
and the sky
was an endless
playground.
Terra tugs at my core
caressing lost strands
of self
as my inner child
sings nursery rhymes
fit for a killer.
Death lays all around me.
Abandoned graves
aging trees
Adulthood on the
lost lips of kids as
they grasp at the
milk cartons
and for a moment
I see St Nicholas
flying high through
cornflower blue skies
I close my eyes
for a last moments
reprieve
“please wake me
from this dream”
but no one hears
I am four and
discovering
that God does
not exist…

… I lay now,
supine in a
moments serenity
reflecting my daily
wish to wake from
this dream
they call life… 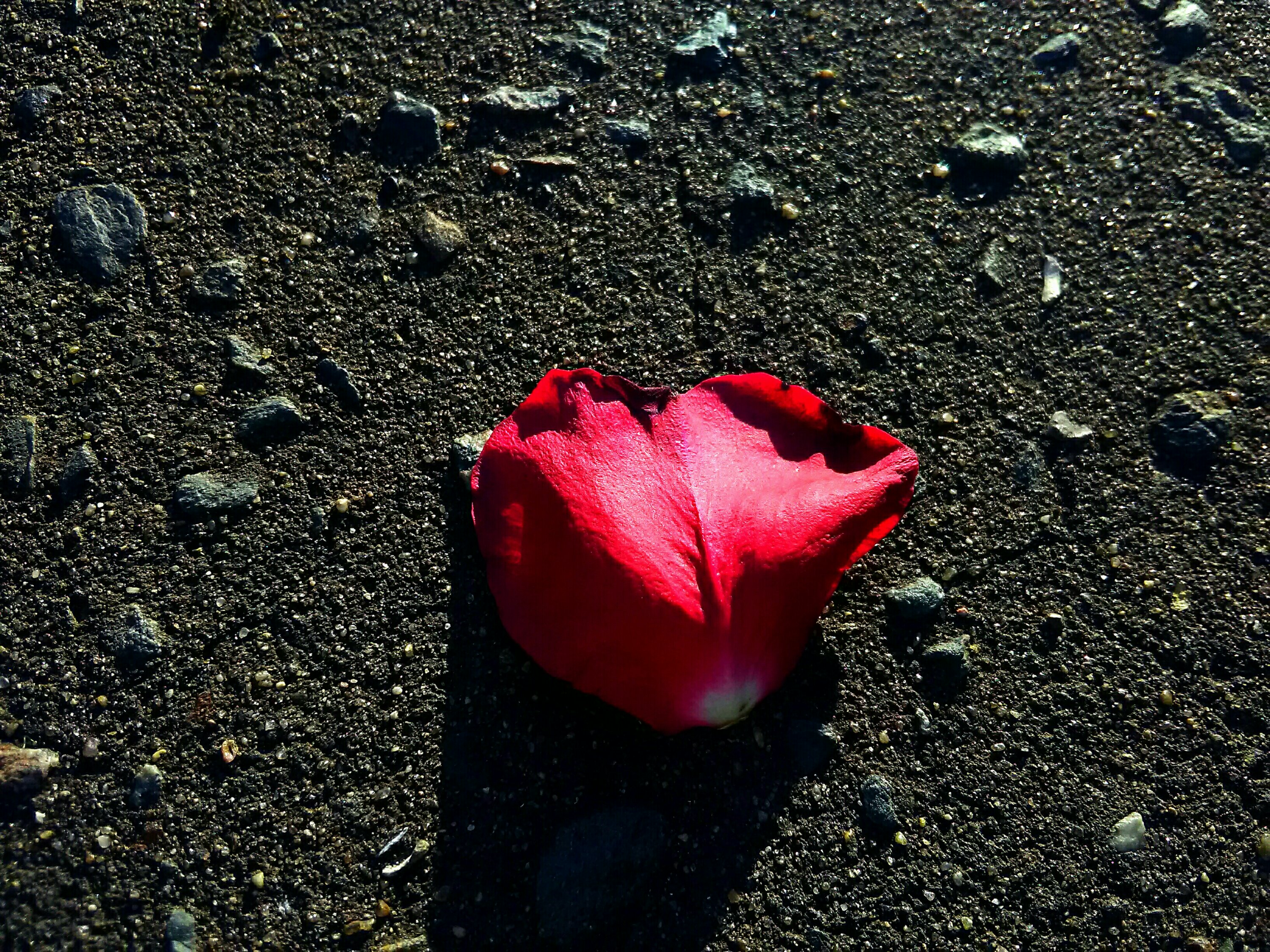 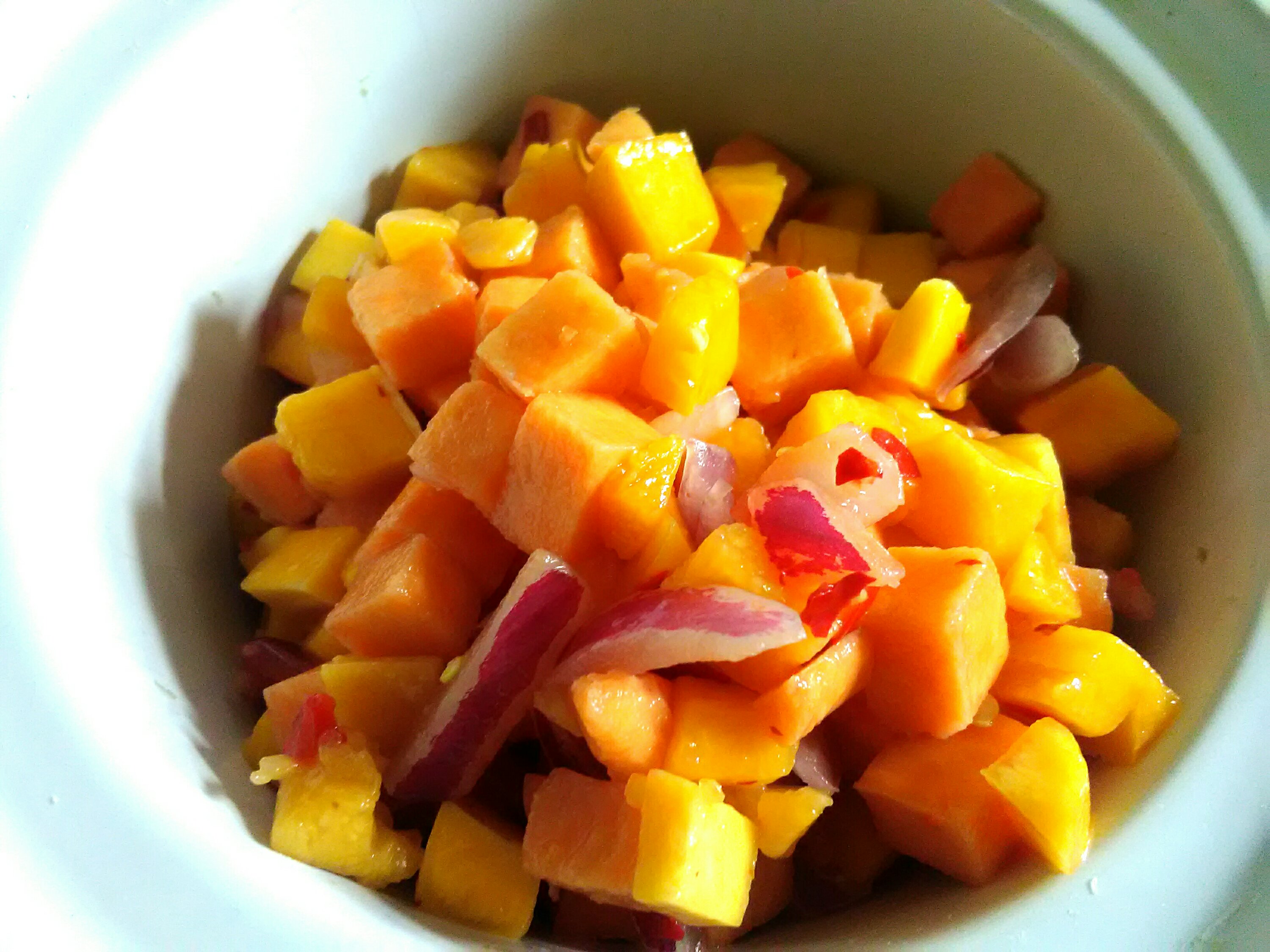 It’s everything and nothing
the beats of mind numbing
time when I simplicity
the quiet verge of self
submerged forgotten
remembered
the silence
of mind
warmed
by home
made soup. 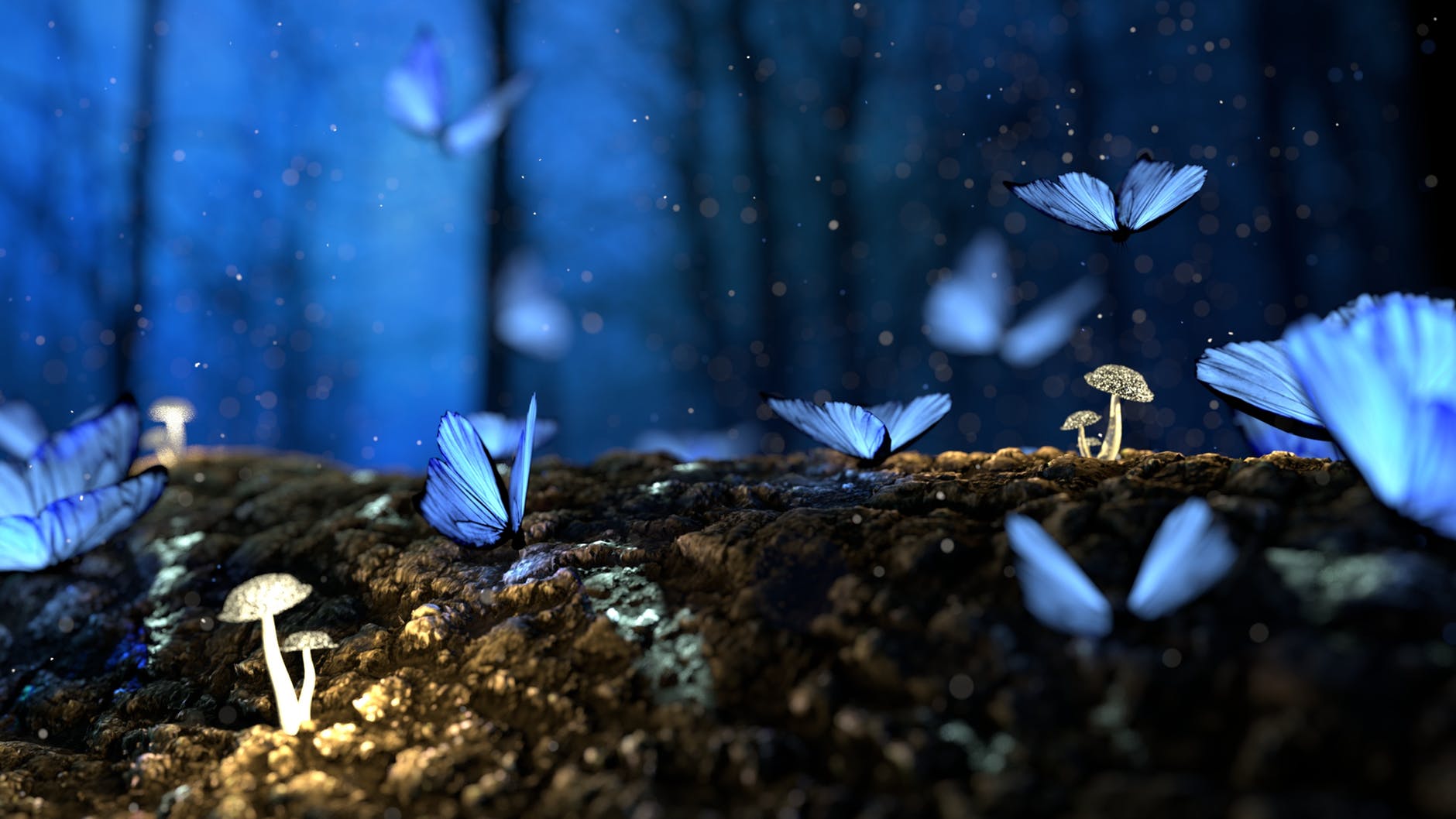 It hurts. It actually does.
When I run my fingers
across my skin, like
sun burn, searing, stinging,
screaming pain.
I flinch.
The tablets taste like
earth. Earth and
sore memories of
childhood and this
realisation I am alone.
And oh god I am hungry,
I tell myself tomorrow
I will chart it up
remind myself to eat
between the empty
stomachs, I crave
the dinners of yesteryear;
Roast chicken
cauli cheese, roast tatties,
baby peas, followed
by homemade rice
pudding, I dreamt
about rice pudding
its sweet sticky
milk whilst curled
up watching Only Fools
or Open all hours
with a blankie,
tea and biscuits
surrounded by that
safe silence that
says pause child, pause.